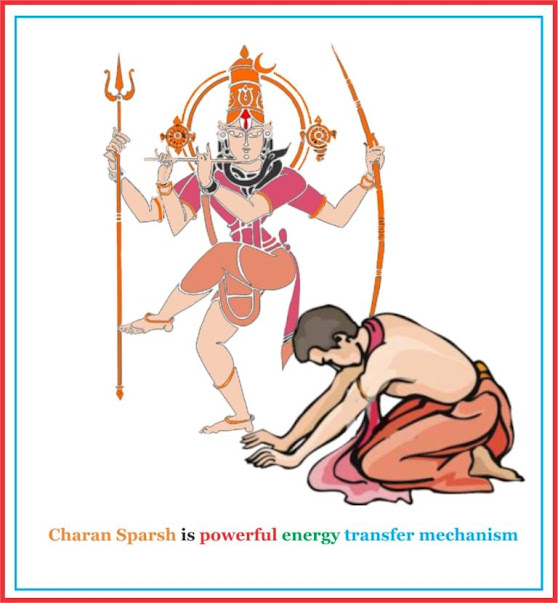 Touching Feet is a Vedic-vetted mechanism for energy transfer 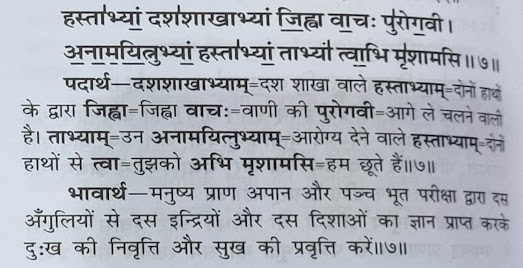 Charan Sparsh or touching feet is one of the oldest practices mankind has ever learned before. It is said to be the culture of the Vedic era as evident from the above-mentioned mantras present in holy Vedas (Rigveda and Atharva Veda). It is well written in Atharva Veda, Rigveda, and Manusmriti.

It has been clearly mentioned several times in Ramayana, Mahabharata, and the holiest word of God- Bhagwat Geeta. In the Atharva Veda, great importance has been given to the way a person greets others when meeting them, and namaskar and charan sparsh are two main greetings postures used from the oldest time. 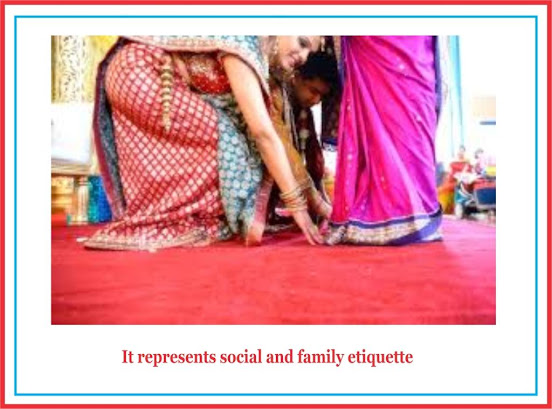 The greetings though oldest are practiced in almost every corner of India and many neighboring countries where Hinduism or Buddhism or Sikhism or Jainism are practiced. It is more of a social custom and symbol of respect in society. People in the course have almost forgotten the main significance of performing charan sparsh.

It is all about positive vibration

It is true that this custom shows the highest level of respect and affection between the two and is regarded as the main social discipline. What is written in Veda has spiritual significance but also scientifically proven importance. It's a mechanism where elders pass on positive energy. The level and type of energy are different in different situations. In the next couple of paragraphs, we will know where it is effective and useful for recipients to perform charan sparsh and what to be careful of! 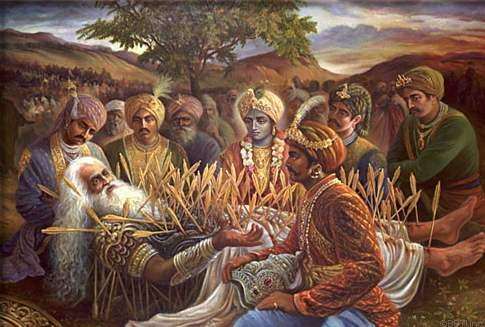 The Vedic scripture, Manu Smriti, and holy Gita have mentioned several times the use and way of performing touching feet. Firstly the person who touches the feet of elders must do so in high respect and devotion by using both his or her hands to touch the feet of the elder person. The elders who offer such blessings put their hand in the prostrating person and say blessed words to him or her in a caring and affectionate manner. It may be performed in the first meeting of the day or any time of the day. 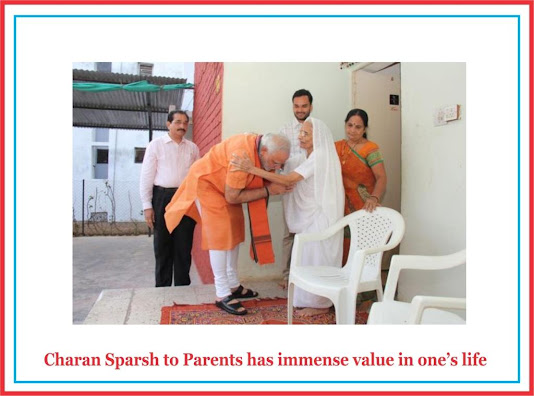 It is mentioned in Vedas that Firstly the person must seek the blessing of Mother and father and touching their feet every morning is not only good for him but his entire family. The moment children touch their parents' feet Home is filled with positive vibration and energy. In the text of Manusmriti, it is mentioned that the problems faced by parents during childbirth and upbringing can't be repaid by their children in their whole life. 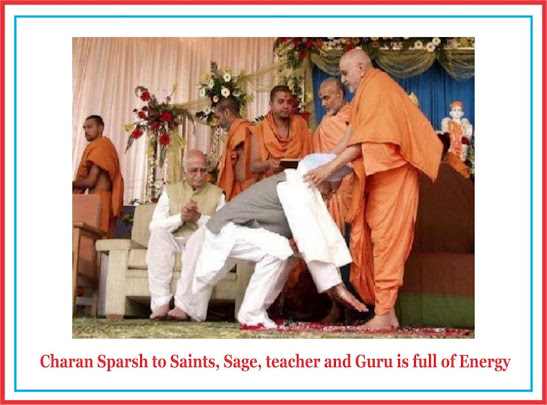 Guru is one who guides you to sail in the sea of life. Parents, teachers, or any other relative or friend or saint can be gurus to a person. Touching the feet of a guru means embracing one own life. It intensifies the flow of good vibrations and energy between the two. And prostrating person receive invisible Armour to defend him from bad energy and make way for prosperity. 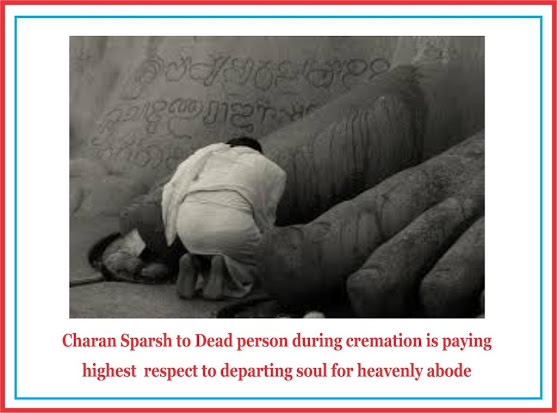 It is customary in India that during cremation aggrieved family and friends touch the feet of the dead person to present last time respect and homage to the departed soul. The departed soul in return sends peace and harmony to family and relatives. Even in cremation a good vibration is produced and benefits all. 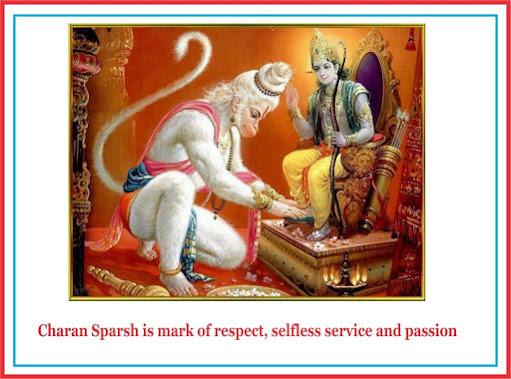 Charan Sparsh is an invisible bridge between god and its devotees. Touching the feet of God Shiva Murty is like reaching him directly. It yields trust, faith, and strength. However, there is some exception to this custom. In Vedas women and girls are regarded as Devi "Shakti Rupa" and considered superior to the masculine gender. The feminine gender is a continuous source of vibration and energy and in general not required to touch the feet of an elderly man on social occasions except their own parents and in-laws. 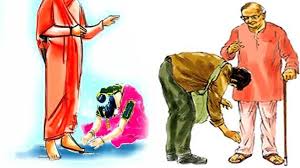 On other occasions, if the two feel that they are not getting good vibrations from each other then they should avoid doing this energy transfer custom.

To read more about it follow the link here